Death By Algorithm: Is Your Business Next?

In a famous essay published during the Great Depression, economist John Maynard Keynes wrote “Economic Possibilities for our Grandchildren.” This essay gave a light of optimism that people badly needed at the time. Keynes predicted that future generations would be far better off, but he did forsee a major threat which he described as ‘like a plague or disease’: technological unemployment.

Keynes said that this threat would rise “due to our discovery of means of economising the use of labour outrunning the pace at which we can find new uses for labour.”  At that time, few people understood what he meant, but he assured them that they would hear a lot about this in years to come…

More than 80 years later, the villain of the story is slowly revealing itself: the algorithm. “Algorithms are now changing the world, and what’s more, they are assisting in the destruction of the middle-classes and the widening gap between the rich and poor,” Alan Kohler said in his recent ABC news report.

In this post I look at why algorithms will destroy many good businesses, which industries will be most affected, and what you can do to defend yourself – before it’s too late. What are algorithms and how do they work?

The algorithm was invented by a Persian mathematician named Muḥammad ibn Mūsā al-Khwārizmī more than a thousand years ago. It is defined as a step by step procedure for calculations but it’s only in the last 10 or 20 years that people have applied the use of algorithms to manage the huge amount of data on the Internet – as a tool to make decisions without human intervention. The biggest companies in the world such as Google, Apple and Facebook are all essentially algorithm-driven.

The problem we are facing today is the reality that algorithms are now replacing jobs – fast. Even Bill Gates said that in the coming years, automation technology would eliminate most of human work. Bill Gates, in a talk at The American Enterprise Institute, said that “Software substitution, whether it’s for drivers or waiters or nurses … it’s progressing. …  Technology over time will reduce demand for jobs, particularly at the lower end of skill set. …  20 years from now, labor demand for lots of skill sets will be substantially lower. I don’t think people have that in their mental model.”

When will it affect us?

It’s already happening. As seen in the video above, Google, for example has a driver-less car now. Did you know there are already ten jurisdictions in the world where these driver-less cars operate? If apps like Uber already have the taxi industry shaking in their boots, how will they cope with driver-less vehicles? Short answer: taxi drivers probably won’t exist in ten years. Likewise truck drivers – all freight vehicles will be powered by artificial intelligence (A.I). If you are an owner-driver in the transport or taxi business, it might be a good time to sell – soon these licenses will be worthless.

Industries to be most affected by digital disruption

In 2014 Deloitte released a compelling report that outlined the likely impact of ‘digital disruption’ – death by algorithm – on Australian businesses.  It’s not pretty reading. Deloitte identified 13 industries comprising 65% of the Australian economy that are facing significant disruption by 2017. Yes, that soon. Here are the list of industries due to be most heavily affected in the short term:

So in case the penny still hasn’t dropped for you: if you have a business in law, mortgage broking, financial planning, real estate sales, recruitment, human resources, consulting, publishing, finance, accounting, or retail anywhere in Australia – you should be worried.

What you can do to protect your business

There’s no doubt that algorithms will destroy many good businesses, and in the long-term they will quite likely wipe out some industries entirely. If you are a small or medium size business owner or manager, here are my online tips for defending your enterprise:

The most important thing is to have a plan: more than ever you need a solid digital strategy to build a good online footprint & fight this threat, head on. There is no stopping the age of the algorithm and digital disruption – it is simply too powerful. And I haven’t even touched on 3D printing and the vast implications this has for manufacturing & retail. But like any great period of change it will present opportunities for the well prepared to survive and thrive, even as others fail.

The choice is yours: will you adapt in time?

Darren Moffatt is an award-winning entrepreneur & Director of Strategy & Content at growth marketing agency, Webbuzz. An experienced digital strategist, he is an in-demand public speaker on the topic of digital disruption and online marketing, and regularly features in the Australian media.

Google Rating
5.0
Based on 13 reviews

Brad A. Gunn
08:30 27 Aug 20
We have just completed a major rebuild of our website with Darren & Ben, I can't express how happy we are with the new site, the whole process was painless, the "boys" explained everything in plain English. I would have no hesitation in recommending WebBuzz if you are considering web development and digital marketing.

Simone Rutherford
03:09 27 Jul 20
Darren, Ben & the team at Web Buzz have done a great job on our website & we are very happy with the end result.Designing & building a website is a big task and takes a lot of patience, knowledge & understanding of our business to ensure it aligns with our company guidelines and values. Darren & Ben both communicated with us throughout the entire process of creating our Real Estate Website Design & overall we are pleased with Web Buzz.

Nikky Gordon
04:56 24 Jul 20
Ben and Darren are amazing!! They're always super helpful and understanding. They've made my medical website design soooo much better than before! Wish I knew them sooner.

Shaun Ganguly
00:20 11 Mar 20
Darren, Ben and the team at Webbuzz helped with my startup businesses Website Design, Concept, CRM Set Up, Lead Capture, Digital Marketing strategy amongst a number of other projects! It took all the stress off me as a Business owner and I was able to drive some serious growth from day 1 without having to rely on referrals from Centres of Influence etc. I'm continuing use of the services to help grow and scale my business. Highly recommended!

Ramez Zaki
22:56 20 Nov 19
If you're after an Australian SEO agency, Ben and the team at Webbuzz have been great.They've helped us increase our SEO leads and conversions over the 18 months we've been with them.Not only that, they are always happy to share their knowledge, and explain their strategy. This means our staff can proactively aid in their efforts and help magnify the results.Thank you guys.

Victoria Coster
05:43 07 Aug 19
Webbuzz are amazing at SEO. I would't trust any other company with our SEO for the business. Although results take time, we have managed to gain increases across the board with leads and conversion rates consistently for the past couple of years! Highly recommended

A Bailie
01:48 15 May 19
With super creative digital marketing ideas, Webbuzz has helped our start up business to grow exponentially in a very short time.

Andrew Ford
04:30 08 Aug 18
Heartland Seniors Finance has an excellent partnership with WebBuzz. They understand our business, understand our customers and have delivered great results.

Prof. Stan Sidhu
07:20 26 Jun 18
I've been using Webbuzz for my digital marketing for a few years now. I'm happy to recommend them. They are reliable and deliver on their promises - my website is much more visible on Google.

Melissa Charnock
04:51 06 Aug 15
WebBuzz is awesome! They created the website for my new business and I love it. Ben and Darren really know their stuff, they made the whole process super easy and delivered an exceptional website.
See all reviews 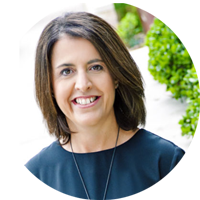 “Their work is consistently excellent, and has already moved the dial for us in a big way.”

“WebBuzz have been wonderful … they’ve transformed our online presence over the last 12 months and they’ve been great people to work with.”

“I’m happy to recommend them. They are reliable and deliver on their promises – my website is much more visible on Google.”